Since January 2016, we have worked with Renfrewshire Council to develop an ambitious infrastructure led masterplan that will unlock the economic potential of the Glasgow City Region with a focus on Glasgow Airport. The project is part of the £1.13 billion Glasgow & Clyde Valley City Deal which will bring tens of thousands of jobs to the Glasgow City Region through 20 infrastructure projects.

Renfrewshire is benefitting from three of the biggest infrastructure investments; the Airport Access Project (AAP), the Clyde Waterfront and Renfrew Riverside (CWRR) project and the Glasgow Airport Investment Area (GAIA). 5plus has led the masterplanning and helped secure outline planning for the CWRR and GAIA which are made up of three distinct sites close to Glasgow Airport. A major part of our role has involved realigning a key access road to allow for the planned expansion of the Airport which is now on site.

One of the sites within the GAIA area is ‘Netherton Campus’ which will become part of the emerging ‘Advanced Manufacturing and Innovation District Scotland’ (AMIDS). The aspiration is to create an internationally recognised centre for innovation, research and advanced manufacturing. The site measures 52 hectares (128 acres) and our masterplan identifies its potential to accommodate 150,000 sqm of commercial floor space. Proposed uses include life sciences, research and development and aviation.

Building on the masterplan work, which was granted planning approval in late 2018, we have been working closely with the Council to finalise building height and materiality across the sites in support of the production of the masterplan’s design codes. 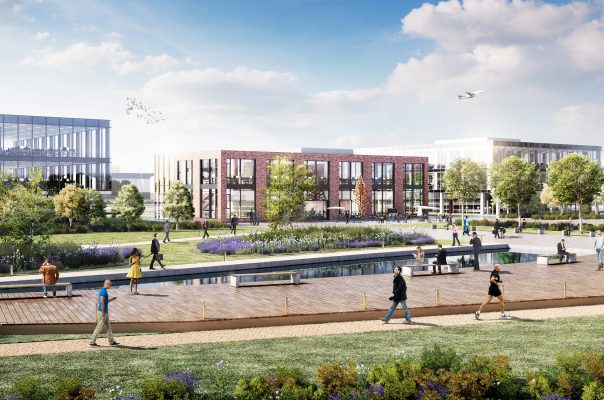 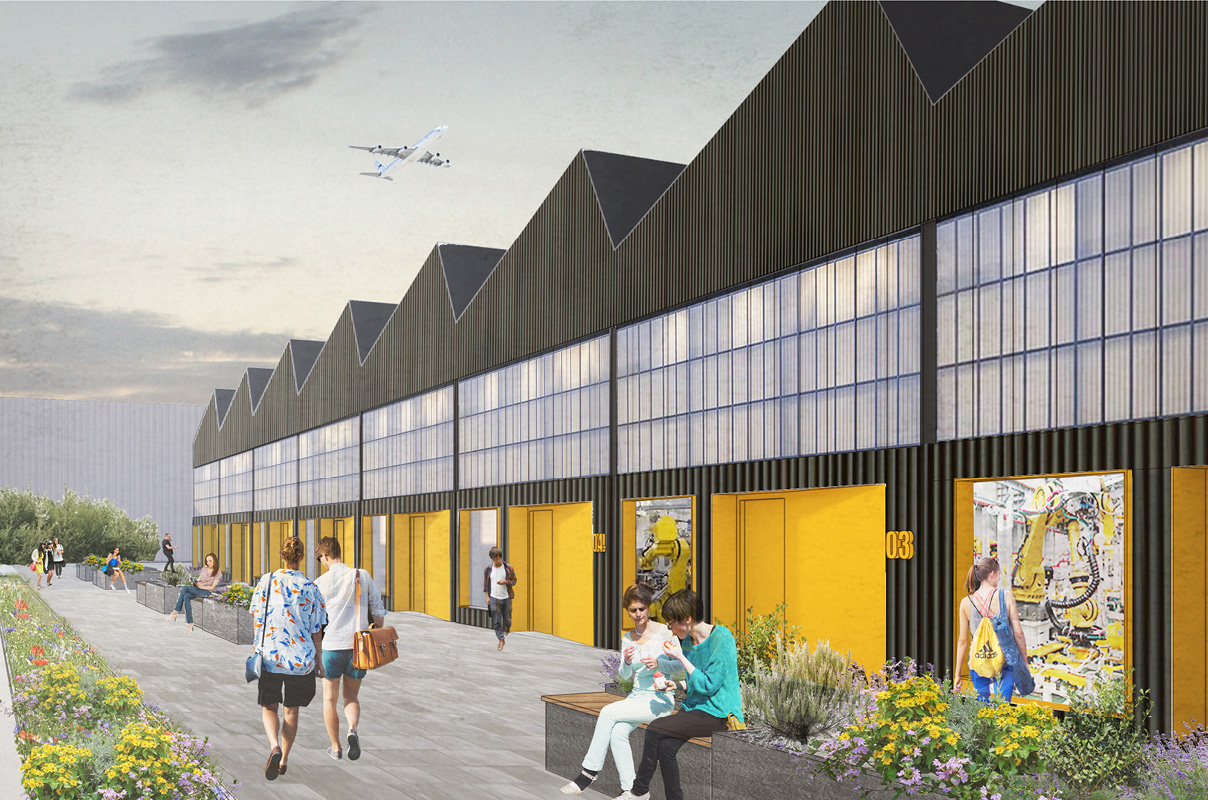