38 Havelock Terrace, Battersea
A workplace scheme, with a striking façade, inspired by the area’s industrial character.

We have developed a striking new 11-storey, co-workspace building in this emerging part of Battersea. The 44,700 sqft building will provide a mix of spaces designed to provide an enterprise innovation hub for the burgeoning digital and tech sector emerging around Battersea Power Station.

The ground, mezzanine and first floor levels will have six metre floor to ceiling height to accommodate light industrial uses with managed co-workspace on the upper floors aimed at SMEs and start-ups. Occupants will have use of a roof top terrace, meeting rooms, large goods lift and cycle store with changing areas and showers. The design has been considered in full awareness of a detailed analysis of the site’s physical and historical context. This includes the surrounding building typologies and heights.

The scheme’s appearance has been influenced by the industrial character of the area. Notably, the adjacent brick railway viaduct has been referenced in the masonry plinth at ground floor level. Above the plinth, sits an elegant concrete structure, which includes a primary skin of glazed curtain walling and a secondary skin made up of bespoke fin components. This ‘skin’ has evolved from the idea of expanded metal, which is a ‘mesh’ material often found in an industrial context.

Our proposals locate the building core in the south-west corner of the site, providing multiple benefits:

Planning permission was granted in March 2018. 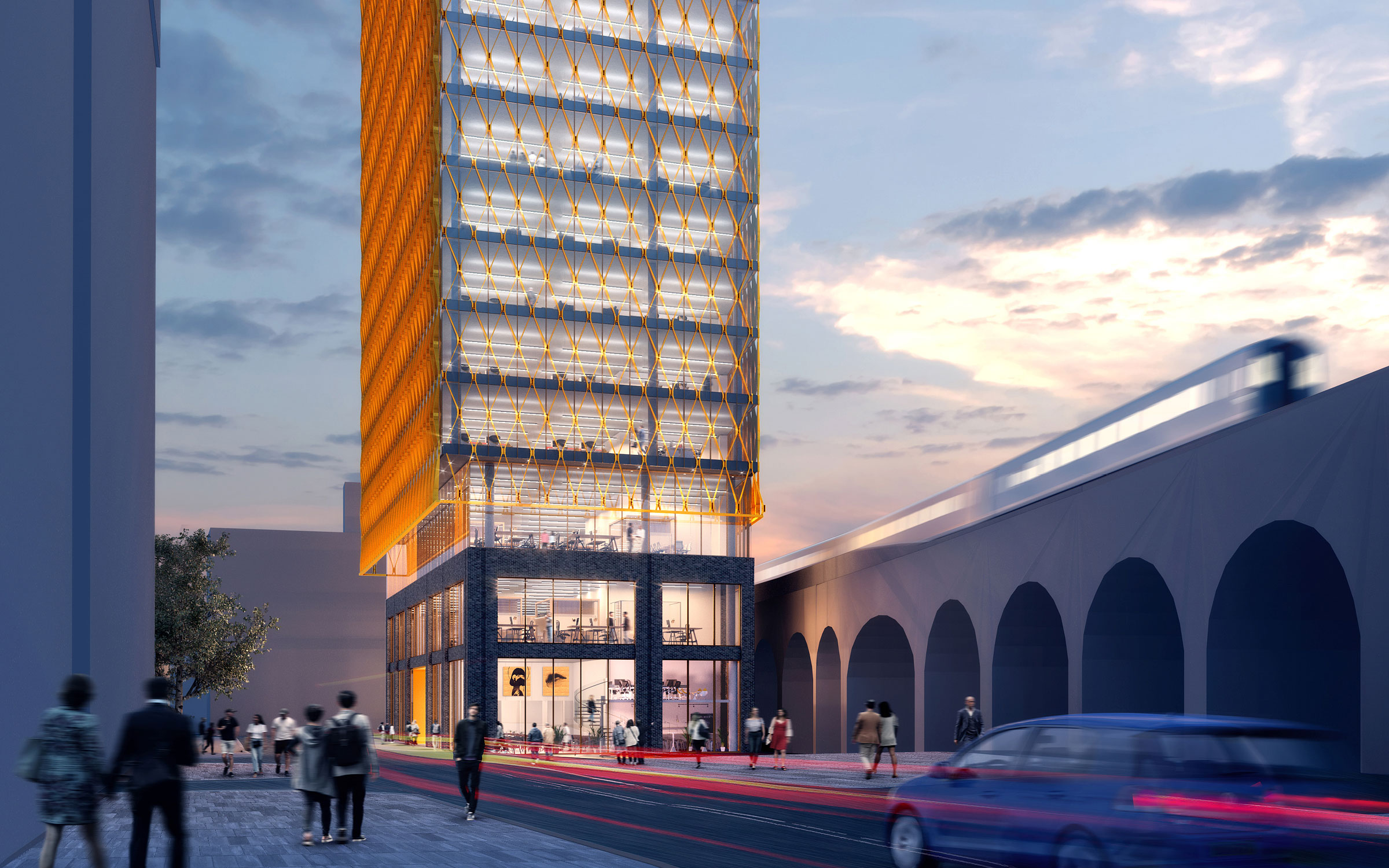 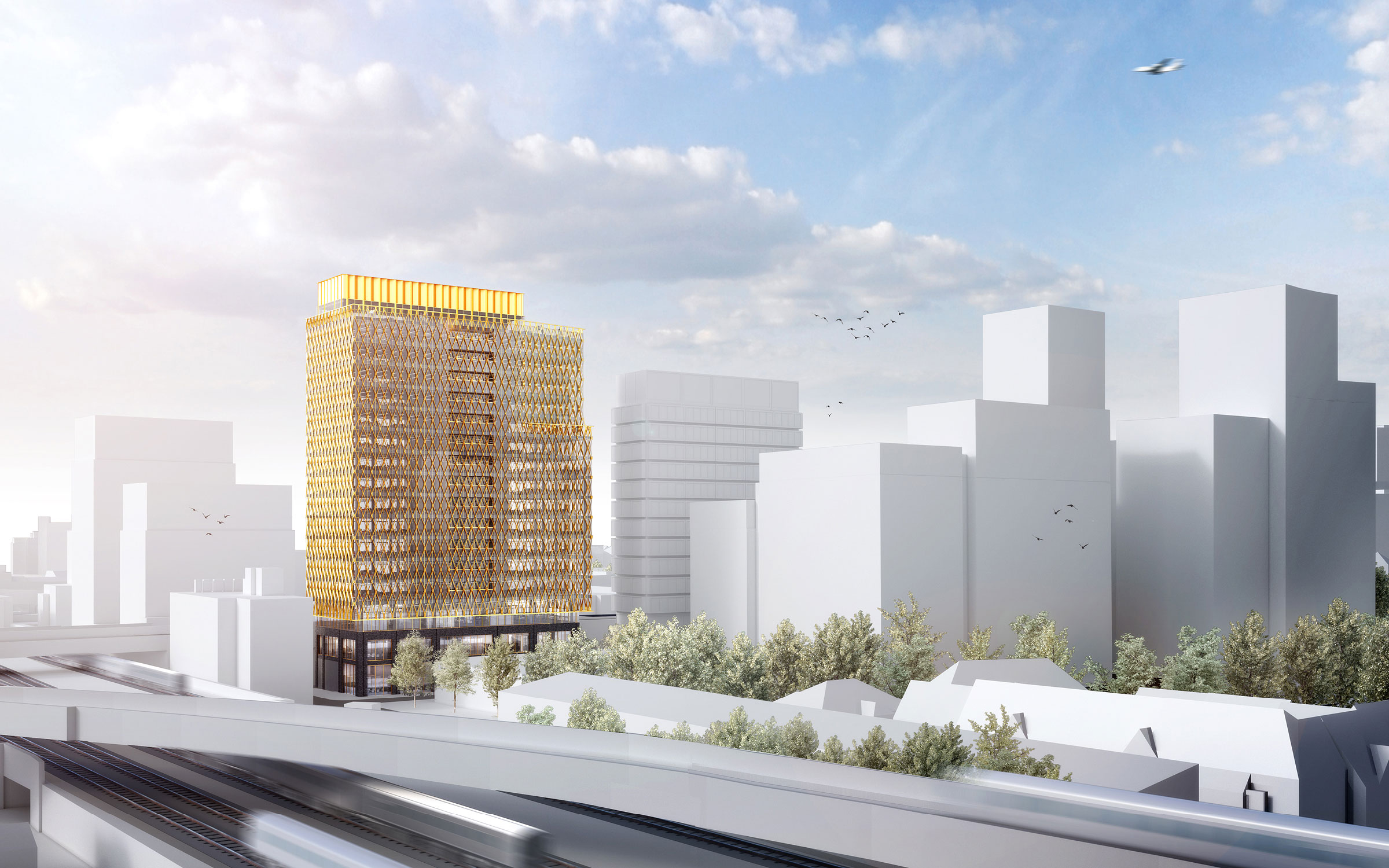 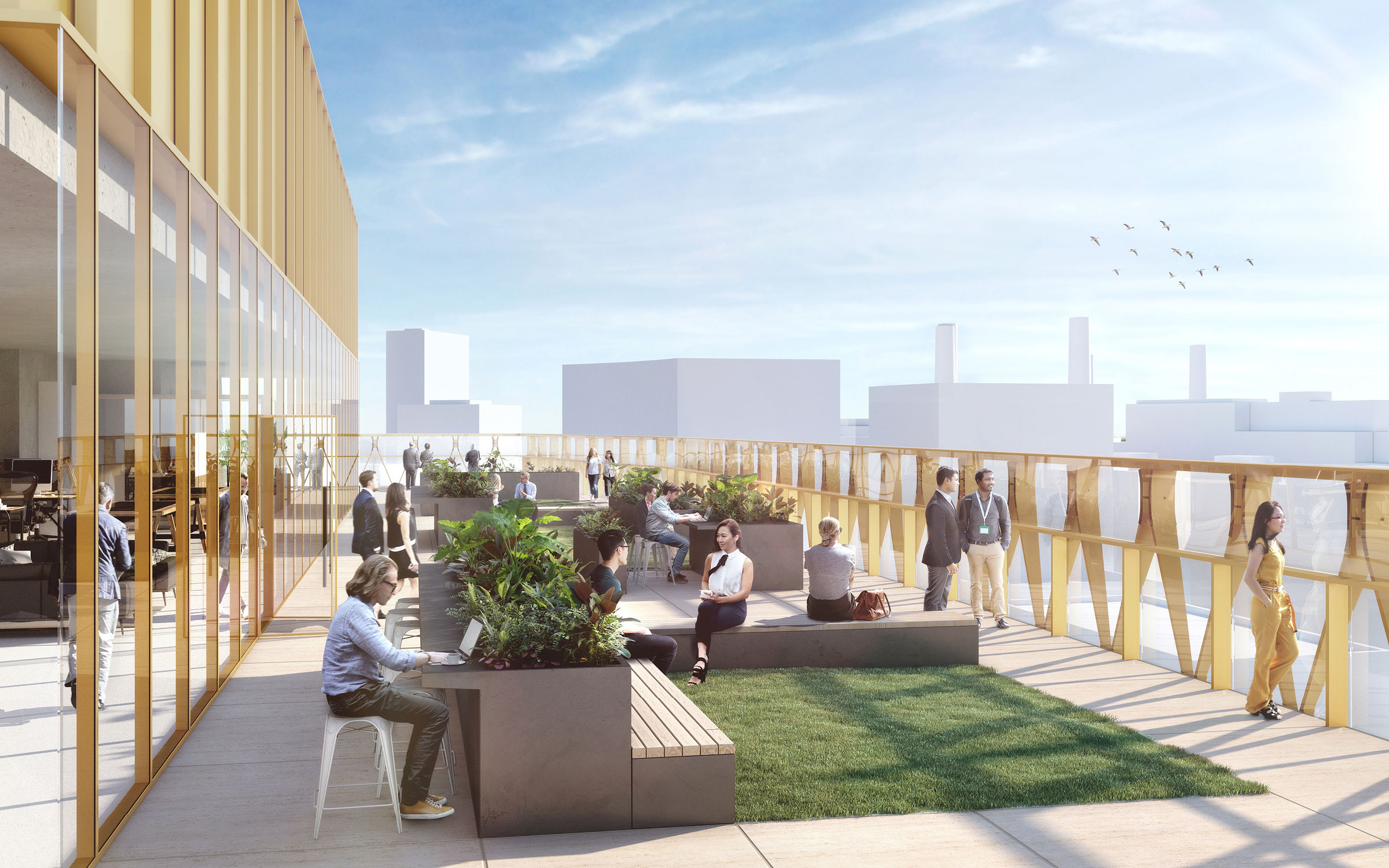